On October 26, 1920, 50 local business owners and members of the Board of Trade met at the courthouse to incorporate the Sanford Chamber. The mission of the newly formed civic group was to improve the lakefront and to make Sanford the largest town in Central Florida.

Original members paid $10 annually, which later increased to $25. By 1921, the Sanford Chamber had been elected to membership in the Chamber of Commerce of the United States.

Although the organization has gone through several name changes throughout its history, its purpose has remained consistent: to create and foster a dynamic business climate that provides a higher quality of life for community members.

Over the past 20 years, the Chamber has seen a number of changes in leadership and vision, yet has maintained the core vision and programs that have made it such a vital player in the local community. With the collective strength of our members, we intend to build a stronger local economy with an active voice in our local and state communities. 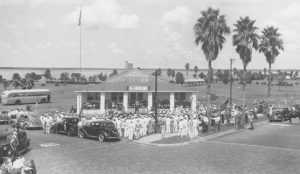 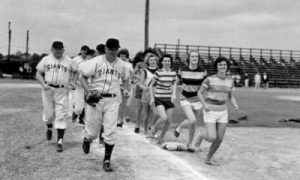 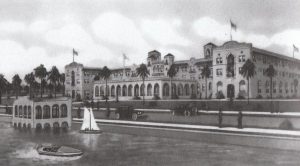 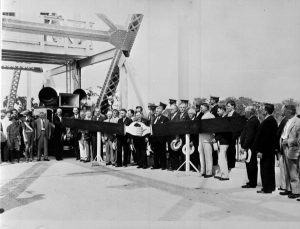 1920
On October 26, 50 local business owners and members of the Board of Trade meet at the courthouse to incorporate the Sanford Chamber.

1921
In January, the Chamber adopts the slogan, “Sanford the City Substantial” to tout its many resources in addition to celery. In March, the Chamber unveils a new emblem that reads "Member of Sanford Chamber of Commerce, Sanford, Florida, The City Substantial. Members are encouraged to post the emblem on their car windshields!

1925
Chamber is considered the premier civic organization of the city and county and is recognized as the largest Chamber of Commerce in the world on a per capita basis with a membership of about 4,200.

1946
That year, the local USO vacates its building next to Ft. Mellon Park and recommends that the City use it as a tourist recreation building and as offices for the Seminole County Chamber of Commerce. The motion carries, and the Chamber has inhabited the building ever since.

A Junior Chamber of Commerce forms, consisting of young men whose objective is to assist the Senior Chamber in all projects.

1947
The Coast Guard Auxiliary appears before the Directors to request assistance and sponsorship for a Labor Day Regatta, sanctioned by the Florida Outboard Association. The Chamber indicates its wish to help make this a general day of celebration in Sanford. Plans are made for a Labor Day Celebration and dinner/dance at the Mayfair Inn.

1948
Mr. Charles Marian, Representative of the New York Giants and a Director of the Chamber, expresses appreciation for the Chamber's cooperation regarding the Giants' activities in Sanford. Marian stated that the New York Giants were advertising the Mayfair Inn extensively in newspapers, billboards, radio and television.

1949
The Chamber sponsors Miracle Soil Conservation Day and 385 acres of land are converted into a farm in a single day. An estimated 50,000 people attend the event from 42 states, resulting in nationwide publicity.

The Chamber is instrumental in bringing about the construction of a new bridge and approaches on State Road 46 at the Lake Jessup Bridge.

1993
Plans to renovate the main office and conference room of the Chamber building include new workspaces, changing doors and windows, and installing central air, new windows, new lights, electrical outlets, drywall and floors at a cost of $23,000. Workers find a time capsule inside a wall that holds newspaper clippings and membership rosters.

1994
Education Committee initiates a Realtor Tour to encourage realtors to showcase homes in Sanford to their clients.

1998
The first annual Heritage Festival is held November 13 - 15, featuring Chubby Checker, Loverboy, Lonestar, rides, and a Bahamanian market. It's the biggest event to take place in downtown Sanford since the 1915 Seminole County Fair, the event generates $112,000 in income for the Chamber and more than a million dollars for the local economy.

2009
The Chamber changed its name to The Greater Sanford Regional Chamber of Commerce, once again recognizing its growth stretching outside of Seminole County with over 20%  of its members from the West Volusia & Orange Counties.

2013
The Chamber partnered with the City of Sanford for a new program on Economic Growth of our community to meet the needs of small business making Sanford the hub and heart of Seminole County business. 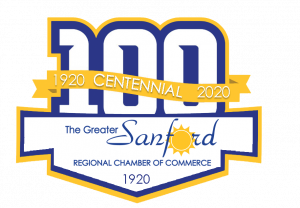 2019
The Chamber moved its offices into the Historic Sanford Welcome Center in Downtown Sanford in partnership with the Sanford Tourism group.  Inside the Historic Welcome Center you can find the, Sanford Chamber, Seminole Cultural Arts Council and Visit Florida working together. There is no better time to be involved with the Greater Sanford Regional Chamber of Commerce.

2020
The Sanford Regional Chamber of Commerce, celebrating its Centennial in 2020, the chamber has a rich history of "community building" and being the leader in the industry. Our vision today is, most likely, much the same as it was when it was established in 1920.

Join us as the Sanford Regional Chamber of commerce continues their efforts in linking partnerships and building business by providing the tools and resources and addressing challenges that face businesses throughout Seminole, West Volusia and Orange counties.